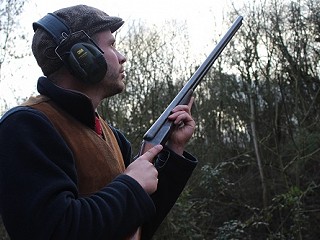 If you are new to game shooting it can seem like a minefield of etiquette and traditions, and some of the language and technical terms can be difficult to understand. Here are some of the most common phrases that you are likely to hear on your first day in the field.

Back Gun: The name given to a shooter who is positioned behind the main line of guns. Often used on drives where a large amount of birds are expected, particularly over a certain area. The Back Guns purpose is to shoot birds that have been missed, or in the unfortunate event they have been hit and wounded, by the guns in front.

Bag: The number of birds that are supposed to be shot on this particular shoot / How many birds have been shot so far. For example, a 150 bird day would have a bag of 150 pheasant or partridges. “The bag after the second drives was 60 pheasant and 8 partridges”.

Beaters: A group of people who flush and move game birds, making them flying towards the guns. Beaters play a huge part in the running of a shoot day; make sure you say thank you to them.

Brace: Two of the same bird that have been shot. For example, a brace of pheasant. 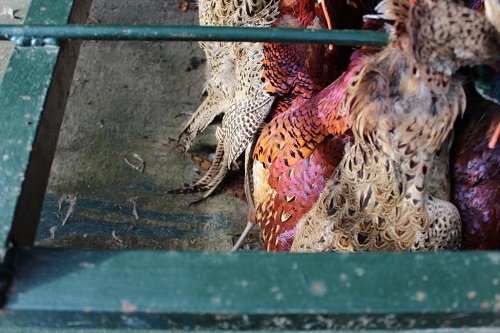 Breeks: Breeks are a type of three-quarter length trouser than sit just below the knee. They are designed to allow the shooter to move freely and are incredibly comfortable. Plus twos are a type of breeks that are a little bit loser and have an extra 2 inches of material to fold over the know and plus fours have 4 inches of excess.

Drive: A period of the day when the guns are on their pegs in a certain area of land and the beaters are driving the birds towards them. A drive will usually start when the guns reach their pegs (live on peg) and will end when a horn or whistle is sounded. There will usually be between four to six drives in a day. 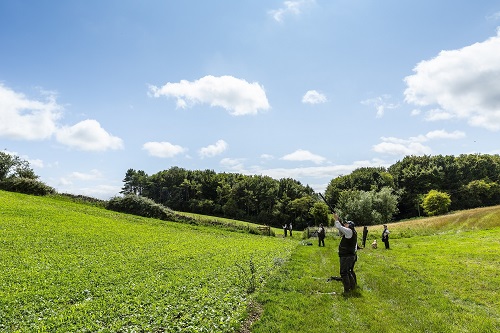 Driven (Shooting): A form of live game shooting where the guns are positioned in a line or certain area and the birds are pushed towards them by the beaters.

Double Gunning: Most common on big days with a large bag, the shooter will have two guns and a loader. The loader will re-load one gun whilst the shooter is using the other, and then they will swap. This allows the shooter to have a fully loaded gun at all times.

Elevenses: A phrase I am sure most people have come across and a very important part of any shoot day! A morning tea break usually held after the second drive, giving shooters the chance to indulge in some refreshments. It is very traditional to serve light nibbles such as sausage rolls or pork pies, with sloe gin, champagne, tea, coffee and soft drinks. 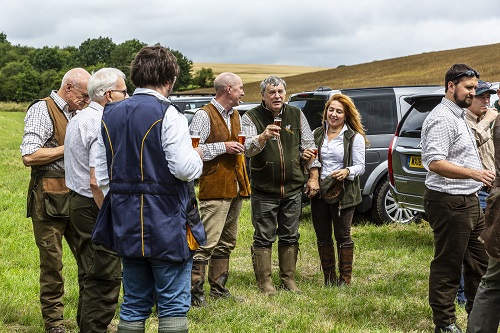 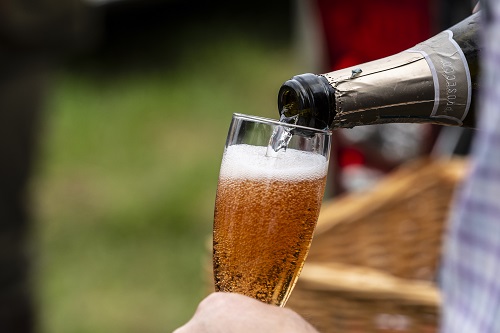 Gun: On a game shoot any person shooting is referred to as a ‘gun’.

Ground Game: Often off limits on a game day, this term usually refers to any game that lives on the ground such as rabbits, foxes, badgers and deer. If you are allowed to shoot ground game such as foxes, please make sure you take extra precautions and are certain it is a safe shot.

Left & Right: A traditional game shooting term used to describe successfully shooting two birds in quick succession, one with the first barrel and then another with the second.

Live on Peg: Guns should be ready to shoot as soon as they arrive at their peg.

Loader: A person that will accompany a gun on a shoot day and load their guns for them. It is common to have a loader on bigger days when there are a lot of birds and re-loading quickly is vital. A loader is generally used when ‘double gunning’. If the shooter is only using one gun, the person re-loading for them may be referred to as a ‘Stuffer’. 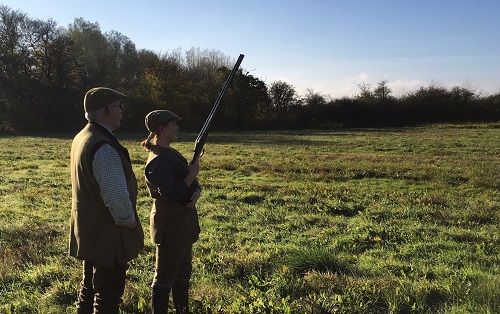 Peg: A position on a drive where a gun will stand. Pegs will usually be marked with wooden stakes in the ground and numbered. There will generally be 8 to 10 pegs positioned in a field or set area of land which the birds will be pushed towards.

Peg Draw: In the morning on a shoot day guns will choose their peg at random. This will give them the peg number that they will start on. Each shoot is different, but you will generally move up or down 2 numbers for the next drive. For example, if you start on Peg 4 on drive one, you will stand at Peg 6 on drive two and Peg 8 on drive three. 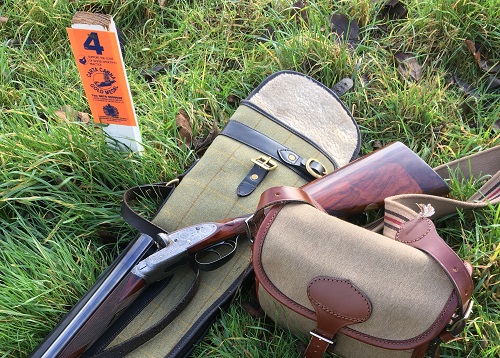 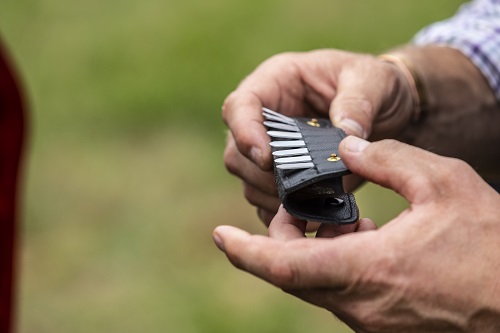 Poaching: When a gun shoots a bird that was heading for their neighbour. Although this is quite acceptable on simulated game days, this is a real faux pas when shooting the real thing. The etiquette for a game day is to only shoot birds that are flying within your area and not shoot more than your share of the bag.

Runner: A bird that has unfortunately been wounded but is still able to run. It is vitally important that these birds are retrieved by the picking up team so that they can be dispatched as quickly and humanely as possible.

Walked Up / Rough Shooting: This form of game shooting differs from driven shooting as there are no beaters. A group of guns will walk through the undergrowth and game cover and, with the help of dogs, flush the birds themselves. There are no guarantees in game shooting, but even less so with walked up as you never know what birds you will find.

Game Season: The time of the year when it is legal to shoot game.

Quarry: The animal that is being hunted or shot, for example pheasant or partridge. On a game day the upmost respect must be shown to your quarry. Birds should be handled delicately and not thrown on the floor or allowed to be damaged by dogs. The birds from a game shoot are generally sold to a game dealer.

If you have any questions or queries about game shooting please don't hesitate to get in touch with the OSS Team. We are all passionate and experienced game shots, and would be more than happy to help.